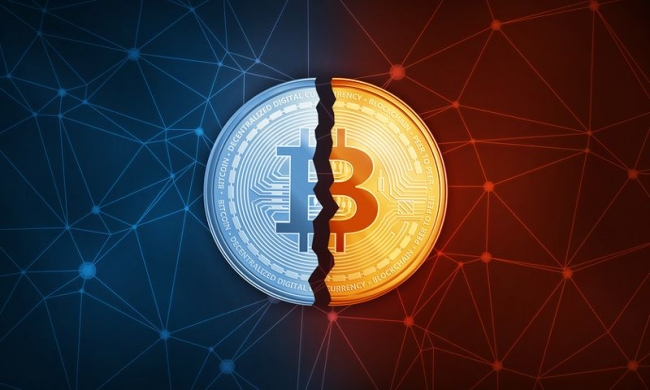 An event that halves the rate at which new Bitcoins are created. It occurs once every four years. Bitcoin Halving Countdown.

When will it happen and what will it cause?

Once 21 million coins are generated, the network will stop producing more. That is one of the main reasons Bitcoin is often referred to as “digital gold” there is only a limited amount in the world, and someday, all of it will have been extracted. Right now, there are around 18 million BTC in circulation, which is roughly 85% of the total cap. The protocol cuts the block reward in half. So, every time a Bitcoin halving occurs, miners begin receiving 50% fewer BTC for verifying transactions. In short: the amount of BTC a miner receives for every new block they add to the blockchain.

A block reward is the amount of cryptocurrency that miners receive when they successfully validate/mine a new block by solving highly complex mathematical problems with their mining hardware. It is a reward for their hard work. When Bitcoin was launched in 2009, miners were receiving 50 BTC per block. The third halving will reduce that rate in half yet again, which will lower the block reward to just 6.25 BTC, or around $45,000 given the current market price.

What is the future for Bitcoin?

The date is not 100% certain at this point because the time taken to generate new blocks may speed up or slow down. On average, the network produces one block every ten minutes. The very last halving is expected to occur sometime in the year 2140 as the 21-millionth BTC is mined.

Will the Bitcoin price change?

We can only tell you what happened in the past. Yes it always did but nobody can say anything for 100% certain. You can check the current bitcoin price here.

If you are already interested in Bitcoin, but you would like to know much more about what kind of technology is behind it. We are already developed our Blockchain Training program LVL 1 and we are on the way too Lvl 2

What did we learn by applying for Trublo Call

What did we learn from Trublo call application                 We applied for an open Call by Trublo last week. In this article we will share what did we Read more…

Huge amount of money for virtual land in Axie Infinity

Huge amount of money for virtual land in Axie Infinity We are not sure that anybody remember, but we streamed Axie once. We have some serious news one of the well-known games from the Blockchain Read more…

Differences Public Blockchain: One of the main ideas is that anyone can access a public blockchain with some knowledge of how one can download the protocol and read, write, or participate in the network. A Read more…