We Are Developers World Congress

We attended as a group 2 conference held by the We are developers group in the past. The first one was in Vienna which was an offline smaller conference. The other one was last year in 2021- that was online. We have a short writing Offline Vs Online – Kiss Consult Here! Now we had a chance to go to the World Congress in Berlin.

How did we decide to go?

We wanted to attend a world congress in 2019 when our CTO Viktória Kiss attended one at the same place City Cube Berlin. In Vienna, we won 4 tickets, 2 of them were Premium tickets. We debated long who wants to go to Berlin for the world congress at the end our congress team included our CTO, our Red Hat Certified Engineer Olivér Pintér, two of our talented developers, and our Business Development Manager Botond Grépály.

We thought it is a nice idea to rent a flat out and not travel to a hotel this way we could be together and have some team building every afternoon. So we found a flat and bought the tickets for the plane and bought an additional ticket for the congress. For our developers, the congress was about widening their horizons about useful technologies and development methods. For the others, it was more about networking and getting to know the team a little better than before.

We had high hopes for the Congress from the start cause this was the first We Are Developers Congress since Covid hit. Our main expectations for the congress were:

Most of our expectations got fulfilled. There were some missed opportunities in this Congress but all in all after covid this was a good start for us.

We had magnificent speakers such as Alex Waldherr and John Romero. Whos presentations are always a delight to hear and we can always learn from them.

Day 0 of the congress

Starting with day 0 as in arriving at the apartment and getting pre-registered we started searching for networking opportunities. First of all, we started networking next to the City Cube venue with a Hungarian team who traveled with us on the plane we just did not know then. After registering we went back to the apartment and started planning out our next day’s program using the App that was provided for us ad attendees of the Congres. We had some difficulties with it because there were so many great speeches that we could not watch them all. Thanks to youtube we will be able to see them later. We had problems with the app as well it was not working as well as it did in Vienna. In the end, everybody had their agenda.

Day 1 of the congress

From the first day of arrival at the venue, we knew we made the perfect choice by pre-registering because the line for registering was 2 hours long. We immediately hit the expo as there were not that many people in the beginning. We could talk about technology and how other companies operate. The only problem was that most of the booths did headhunting as much as they tried to promote their technology or solution. After checking out the EXPO we decided it was time for coffee so we tried to search for a place to get it but to our surprise, the coffee and tea were free throughout the congress.

Our team started playing with the app during the conference because last time we did win tickets for this congress because we had so many points. at times we could hold 1st and 2nd places. We did ask what can be the outcome of the point game but they told us it is just for fun you could not win a thing. So we gave up on finding points.

Our plans were to watch everything we can but between running for stages coffee and the EXPO we lost some time so we could not get everywhere. We saw some amazing speeches the highlight is:

After the first day of Congress, there was a party organized with headliner Tiesto. We had to register for the tickets but the actual tickets arrived in spam or junk on our email accounts. We just did not go in the end. There was some miss communication between the participants and the organizers.

Day 2 of the congress

Day two started slowly for us we have tried to figure out what should we watch there were overcrowded stages and cancellations that we did not get notifications for. In the middle of the day, we found a rhythm that worked for us everybody went for a speech they liked by the title or the theme then we would regroup in breaks for coffee discuss them and find the next presentation we were interested in. We could fit in talks with other participants and some speakers as well. This day’s highlights were:

There was a Live DOOM II deathmatch with John Romero where he dominated everyone. It was fun to see some light entertainment in a tech congress. Basically, all we needed were great professional talks, networking, and some entertainment we got most of it.

We have waited for the perfect congress for too long. We had a picture in our head of how will it go. There were some bumps in the organization for sure. For the future, we have some points that should be fixed for the next one. We were lacking Podium discussions and debates. The app was so so it was much better in Vienna. The Expo was a bit lacking in technology presentation but was full of recruiting. It was a bit unflattering that if a company would like to have great developers who are loyal they should educate and not just offer a huge amount of money but education as well it might be a better look.

We have heard from many participants that the presentations were more entry-level than advanced or intermediate. it would be nice to see some advanced speeches or learning opportunities during these congresses. A small missed opportunity was that most of the food trucks didn’t have a POS terminal so they couldn’t accept credit cards. These were the points we thought that the congress can improve over the next year but we want to highlight what was great and why do we plan to attend.

First of all, it is a very good idea to give people free coffee during the breaks to talk over them and network. It was really nice to see the company’s development processes and how they operate. For example, writing tests first and adapting the development to those. Generating interest we think that in an hour and a half lecture, it is more possible to convey to the participant why the technology is good and interesting (with a few examples), and possible directions for the subject going forward. It was nice to have our bubble popped in a professional setting and force developers into the conversation. It widened our horizon and at the same time, we found what is our main focus as the company. We noticed how much we talk about blockchain but at the same time, we mostly work with infrastructure. 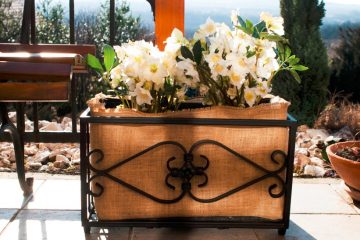 We have finished our second webshop for ourselves. First was our own merchandise shop and now we made a gardening webshop it is called Kiss Garden. It revolves around the idea that we needed some Read more… 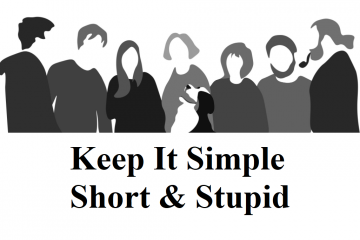 2021 We started the year around January 7th with our usual Thursday meeting. We started to plan our year. How many projects we would like to engage in and what kind of project we will Read more… 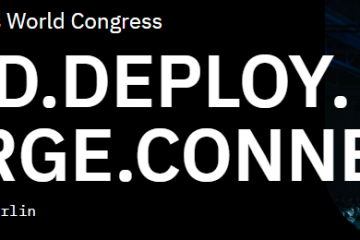 Congresses WeAreDevs Vienna We had the opportunity to attend the We Are Developers world congress from June 28 to the 1st of July. This was the second time our whole company attended the We Are Read more…